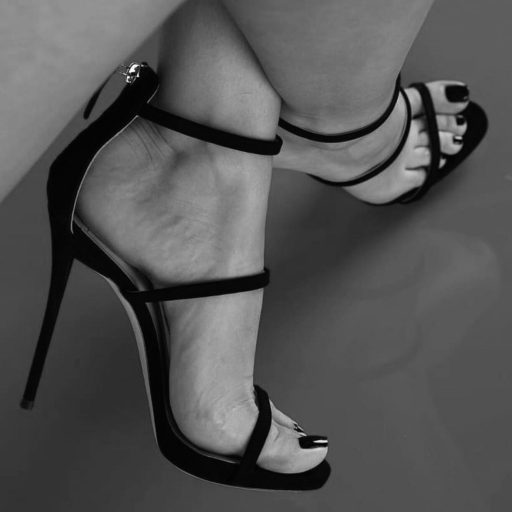 From behind, she feels him inside; his measure finding the spot of her pleasure. She feels so good to him, that he has to slow down to allow the ecstasy to last longer. His cock stretches her as he entices her through seductive whispers. She tells him that she is truly his. Her body cannot lie; she looks back at him to stare into his eyes. She is so beautiful in the transcendent heights of her pleasure. He wants her. He’s longed for her. Many times he’s stroked his cock thinking about her in the euphoria of self-pleasure. Now, her natural lubrication runs down the full length of his shaft; with his right thumb, he presses down on the butt plug that for most of the evening has been in her ass. He pulls it out slowly, and she lets out the sounds of her ecstasy — she wants him in her ass but she didn’t have to ask. The way she feels to him is indescribable, and he wants to release, but his rock hard erectness in her ass, makes her want his penetration to last. In a sonorous voice he asks, Can I cum? Her response is slow, because she is immersed in the absolute pleasure of rubbing her clit while at the same time, in her ass, feeling the fullness of his dick . So between moans, she says, No; stubbornly, she refuses to allow him to let go. On her knees she is thoroughly pleased, but she needs to be fucked roughly and have hair hair pulled firmly, to reach her release. Unable to control his passion much longer, he again asks her, Baby, let me cum, please. She hears him, but she ignores his pleas because she is almost at her release. Her reply is, Just fuck me hard goddamn it; pull my hair, and give it to me like I want it — and when he does, his animalistic nature takes over as he gives her everything in him he has left. His rough fucking takes away her breath, and she screams uncontrollably face down in satin covered pillows with a king size mattress pressed against her breasts. Her pussy is so wet. With his full weight pressed against her body, he orgasms loudly, and so does she.