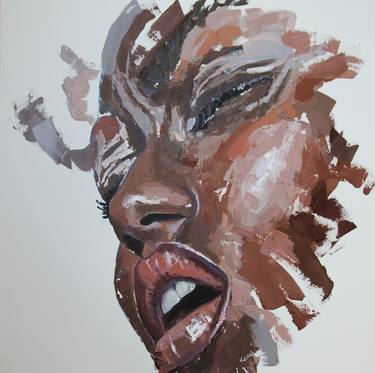 Love is accommodating. Love is not rigid in its nature — its elasticity stretches to the limit and still holds everything together. Forgiveness is Love’s greatest gift. Love bestows grace and is gracefully beautiful. Love’s deepest depths may require sacrifice without acknowledgement, thankfulness or reciprocation from its receiver. Love’s essence is manifested in true believers. Love is steadfast in excellent health and more-so in illness near death. Love is not sex, but through intimate sexual expressions Love can be made manifest. Love is eternal. Sometimes, it can be viewed as senseless and irrational. By nature, Love is transcendent with many intricate layers in beautiful colors. Love may require you to stand against opposing sentiment without even an inch of relent. Love is a precious gift heaven sent. Even in the face of death, Love will provide you unfathomable strength. Love is often proclaimed with ultra sincerity in last breaths. Love is spiritual. Love is ethereal. Love touches and heals many people. In Love’s embrace one can can vulnerable. Love is gorgeous. Love is beautifully intimate. Love is sought by those who betrayed the attributes of it in their last moments. Love is a child that causes exceedingly great pain to his mother in labor but after, she cries joyous tears as he is in the embrace of his protector with whom he will share a bond forever. Love is an emotional cord braided with another that could never be severed. Love is sincere and passionate in its endeavors. Love, are the words left with me by my mother before I lost her.

From sensual lips beautiful lies are spoken eloquently and softly; I love you so much baby — you’re the only one for me. My love for you is like the deepest depths of the sea. I want no other; you’re the only one that I see. Our communication flows freely, so beautifully and effortlessly. I give the essence of my heart to you gladly, as I do my body. Take me in your loving arms, and kiss me passionately. I was lost in the storm, but you rescued me; now we are one, inseparable eternally.

There is something subtly stunning about them — clear cork wedges accentuate seductive legs and floral-print mini dresses. They’re sexy with anything, especially anklets and tight denim just a few inches above them. Perfectly polished fuchsia toes are seen with amazing clarity; natural cork supports and highlights femininity wonderfully. Summertime seductiveness is exuded with every step, easily. They are a marriage of beauty and comfortability. Clear platform wedges stun with prepossessing simplicity.

Again, Lili St. Cyr interviewed by Mike Wallace, this time remastered and not broken into two fifteen minute segments. In my opinion, her candid answers propelled her to a woman way ahead of her time. In her astute approach to Wallace’s direct style of questioning, I see a woman of both inner and outer beauty, calling out the glaring hypocrisy of her time, while perfectly balancing her own complex inner-conflicts. The fact that she admitted to not liking herself very much was heartbreaking and her sorrow was palpable. The inner strength to say these things in the late 1950’s cannot be overlooked. Her stance on marriage may be a point of contentious dialogue even now in the current day and much more unprejudiced atmosphere of defined relationships and matrimony. She said, “If you love someone and you want to live with them, the moment you decide that, you are married, without any law to say so—” a sentiment I wholeheartedly agree with. As stated in the interview, she wanted to leave her profession but found it hard to do so because of monetary concerns and mounting debt. In the beginning of the broadcast, Wallace states her annual income as $100,000.00 — certainly an amount that would have made her a wealthy woman for her time. Lili was also Marilyn Monroe’s role model; as is documented, Marilyn studied Lili’s dance moves and incorporated much of her signature look into her own personal and professional life. Lily St. Cyr had been arrested several times for “lewd behavior,” most notably in Los Angeles, California, in December of 1947. She was renowned for bubble baths during her famous burlesque performances. The interview:

It can be paired with flats, sandals, or open toe heels, but most often, freshly polished toes in wedge sandals add to the appeal. It is sexy in warm weather in the summer — beautiful like a white gardenia in a field of lavender; it can accentuate a woman’s curves and is magnificently casual and comfortable. A woman with beautiful legs in a white sundress is something to behold, but with deep purple polished toes in open toe ankle strap wedge sandals she is on another level. In a white sundress, she outshines all the rest and is a goddess adorned in black Chanel square sunglasses, a gold necklace, and a Figaro eighteen karat gold anklet.

The stillness of her sentiment is something unfathomably beautiful. An angel closes her eyes and is immersed in the rapture of deeply intimate thoughts, her head slightly tilted to the side — her hair draped gracefully like the branches and leaves of weeping willow trees nestled in the rapture of a spring breeze set over a peaceful stream that flows endlessly in wondrous dreams. Black silk rests on her feminine curves like snowcapped mountains graced with light snow undisturbed. Her spirit animal is the Crowned Eagle, soaring to that celestial place in the company of thousands of white winged angels. To look upon her and see only outer beauty is to see the surface of the sea but never dive into its depths to explore its prodigious mystery. She transcends in tranquility. The essence of who she is, is displayed silently. Gaze upon her glory; yes, gaze upon a woman who wept constantly but found her victory. See in her what others couldn’t see — close yours eyes, and breathe deeply. Dream with her; witness the gorgeous illustrations of her soul. View the writings of her heart where falling tears narrated the biography of her sorrow. See that she is truly beautiful. See that she is truly beautiful.