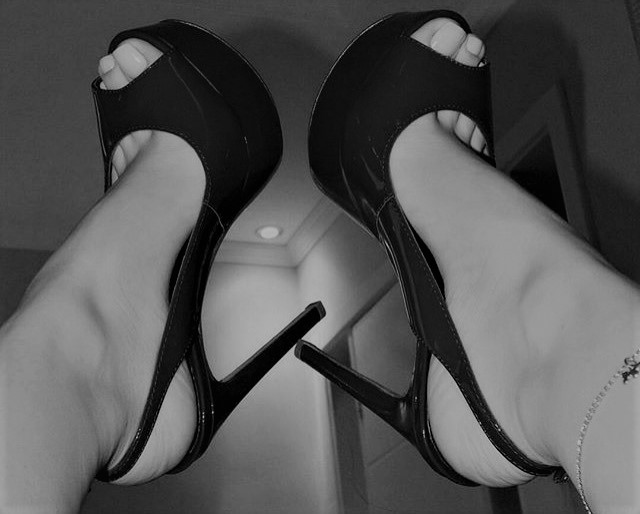 They met at a five star hotel for a three day tryst;
they both told their significant others that
they would be away for a few days on business.
For her flight, she wore a recently purchased
violet lingerie set underneath an off–white dress
and black pumps that glamorized her steps.
Upon seeing her lover, she was immediately wet.
As soon as they made their way to the hotel room,
they quickly undressed and had passionate sex.
After another round, they showered and dressed;
He wore a suit — and she wore a short black dress
with black heels that complimented her legs.
They took the elevator down to the restaurant
to have dinner, and also to refresh themselves.
After desert, they made their way to the bar for drinks;
him, a vodka on the rocks — and her, a dirty martini,
garnished with two extra olives she requested
in a beautiful cocktail glass that was pink.
In a dark setting, she kissed him and whispered
that she wanted him inside her again.
On the elevator on the way up, she got on her knees and tasted him;
back in their lavish suite, they fucked, again and again.
It was a three day tryst to quench the fire of their lust and longing within.
On her flight back home, she thought of the way he made her moan.
Her nipples became erect — and in her seat, she was soaking wet.